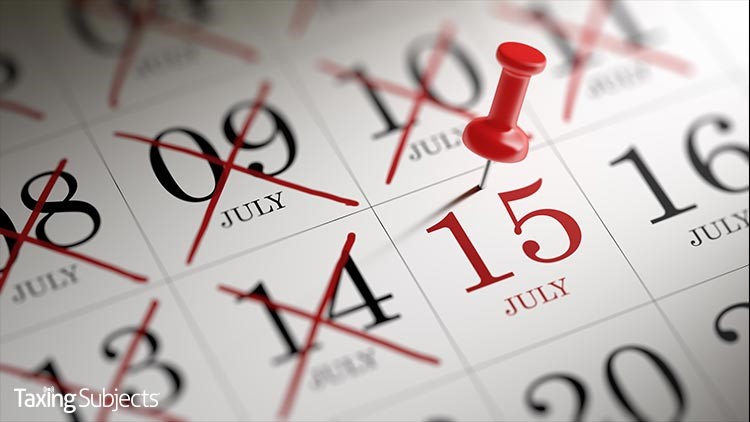 An IRS news release says the shift came in response to the COVID-19 pandemic.

“This relief applies to federal income tax returns and tax payments (including tax on self-employment income) otherwise due April 15, 2020. This relief does not apply to state tax payments or deposits or payments of any other type of federal tax.”

Most often, self-employed taxpayers need to pay quarterly installments of estimated tax. This is especially true of those engaged in the sharing or “gig” economy. A substantial part of their income isn’t subject to withholding. Other income not subject to withholding includes interest, dividends, capital gains, alimony, and rental income.

Some taxpayers are under special rules: Farmers, fishermen, casualty and disaster victims, those who recently became disabled, recent retirees, and those whose income is uneven during the course of the year all are governed by special rules.

For self-employed taxpayers, underpaying taxes is a very real problem. They can avoid a penalty for underpaying by either owing less than $1,000 at tax time, or by paying most of their taxes during year. In 2020, that means making payments of at least 90% of the tax expected on their 2020 return.

The IRS likes to say that income taxes are pay-as-you-go. That means taxpayers need to may most of their taxes during the year as income is received. There are two ways to do that:

How do I estimate tax withholding?

If a taxpayer has salaries and wages to report, they can avoid having to pay estimated taxes by asking their employer to withhold more tax from their earnings. They would file a new Form W-4 to do this.

For the taxpayers who receive a paycheck, the IRS Tax Withholding Estimator can help them make sure the right amount of tax is being withheld from their pay.

The Estimator is now more mobile-friendly than before. This tool offers workers—as well as retirees, self-employed taxpayers and others—a clear, step-by-step method for checking their withholding. It protects against having too little tax withheld and thus facing an unexpected tax bill or penalty at tax time next year.

Help for estimated taxes is available on IRS.gov. For example, taxpayers can search the Interactive Tax Assistant, Tax Topics, Frequently Asked Questions, and Tax Trails to get answers to common questions.